On Tuesday we were given a list of topics from which we had to choose one and base our research and final outcome on. The topic I’ve chosen is ‘Out of Space Creatures Invading the Earth’. At the begging I wanted to focus on more scientific facts but as I was doing my research I decided to mix things I got together and use it as an outcome. So I searched the web on how would the invasion look like and was looking for actual evidence of extraterrestrials. I also found aliens in art on paintings and stuff. I drew two pices. One shows a peaceful invasion because we don’t really know how the invasion would look like as they might manipulate our brains without our notice. Second drawing is an illustration of the actual invasion. 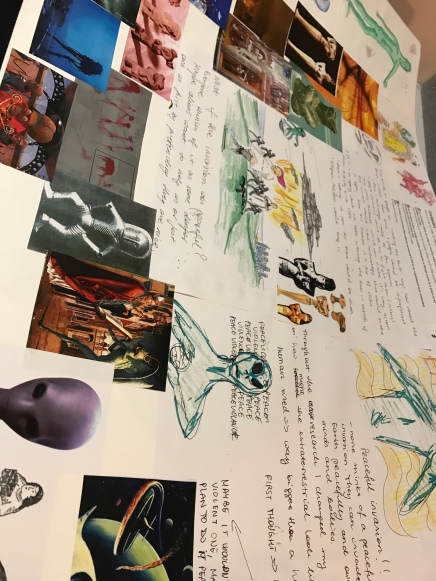